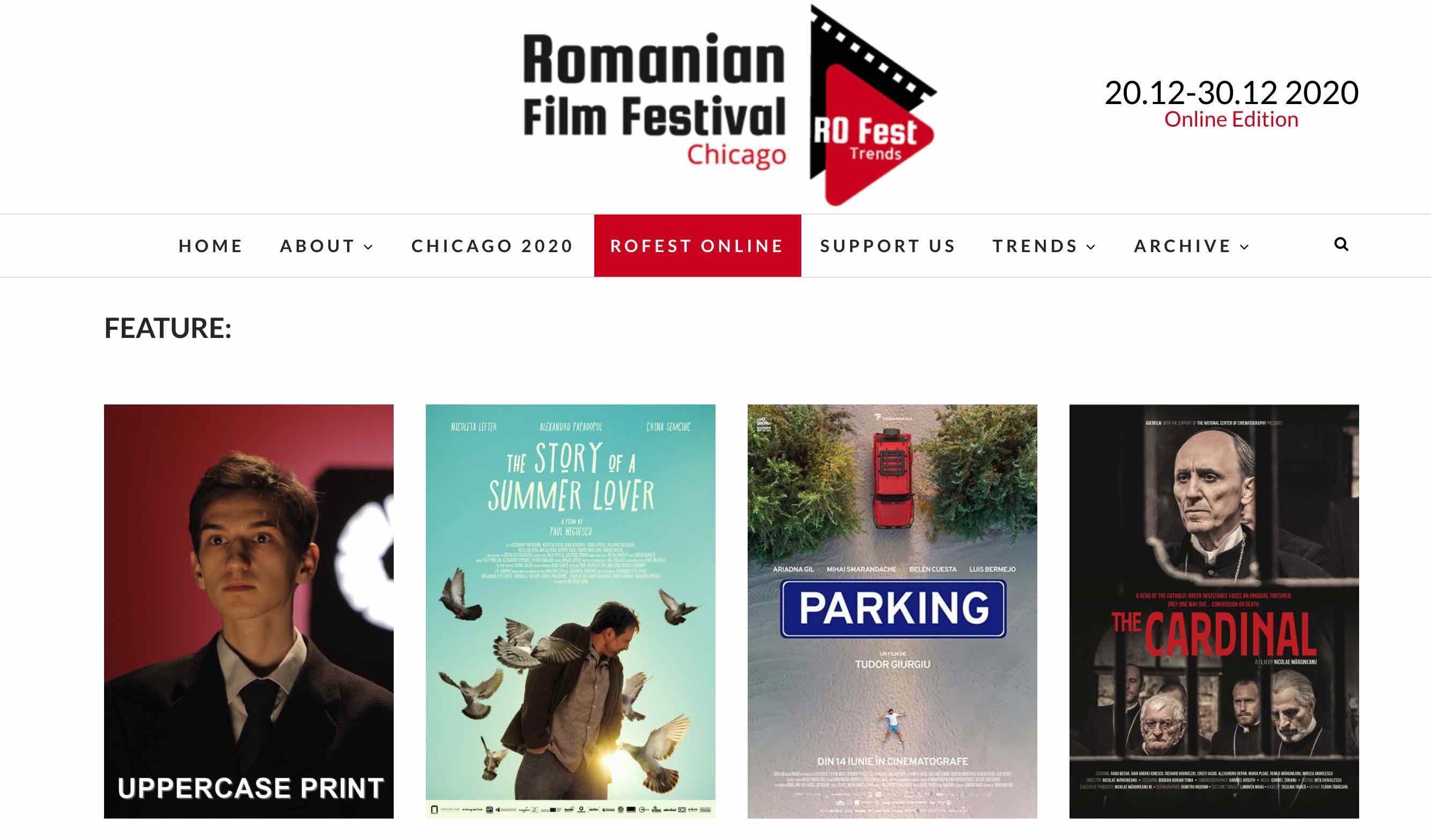 Romanian United Fund partnered with RoFest Trends, the Romanian Film Festival of Chicago, to bring the Romanian community together through cinema. What a wonderful way to end 2020, a year which we all know brought numerous challenges to humanity! From December 20th through 30th, thousands of Romanian ticket holders across the United States spent the holidays watching Romanian movies online on the platform that ROFest made available.

RoFest initially planned to hold the 2020 film festival edition in its traditional fashion, on the big screen in one of the theater locations in Chicago, but due to Covid-19 rules, plans changed. The event was cancelled. Many of the movie lovers that participated at the first two editions were disappointed that the festival had been canceled. But what a surprise to learn that RoFest will hold the 2020 edition festival online exclusively for the Romanian and American communities across 50 states! Yes, some skepticism existed. Will the online platform work flawlessly? Will there be participants? And it all worked just fine. The viewers had a flawless experience, the playback matched the quality of Netflix. Everything worked without a glitch in ultra HD quality. Not a second of downtime. Not a scene interrupted.

The festival showed over 30 movies from a variety of genres, including feature films, animation and short films. The quality of the movies, the enthusiasm and emotion they brought to viewers is proof that Romanian cinema is not emerging but it has emerged. The cinematography, the quality of the scripts, the topics employed, all are proof that Romanian cinema is reborn stronger than it has ever been. Furthermore, each day, ticket holders had the opportunity to participate at live Q&A’s with important guests such as screen writers, actors, producers, and others who helped the films come alive.

After a year in which the Romanian community had to suffer from lack of events, a year in which communication between community members has decreased considerably, in a year in which solitude has persisted more than ever before, RUF and RoFest helped the community come together through cinema once again. The Q&A’s live sessions on Facebook brought together hundreds of viewers and thousands of others watched the video recordings of the discussions. The Romanian Film Festival festival is in a sense ongoing throughout 2021 because RoFest has made available to move lovers a library of movies that users can access anytime by purchasing a yearly movie pass. Do not hesitate. We humbly ask you to become one of the RoFest friends. We need viewers like you to help the Romanian cinema maintain its history, values and culture in the Romanian diaspora. Please follow this link to purchase a yearly long pass.