We made it! Here we are approaching together the end of a new year. And what a whirlwind of a year it was. Many of us got to experience Via Transilvanica in person, many of our kids were able to return to Romanian camps and connect with their roots, we carried out an ambitious campaign for Asociatia Magic that you all made successful, we witnessed our Romanian robotics team come to a Chicago competition and Win. We came together in person as a community even though the pandemic has often caused us to pivot, adapt and be flexible. And if we didn’t know this already, the Romanian community proved to be more resilient than ever.

Win an iPad when you sign up for ROCO

Lights Up in Chicago 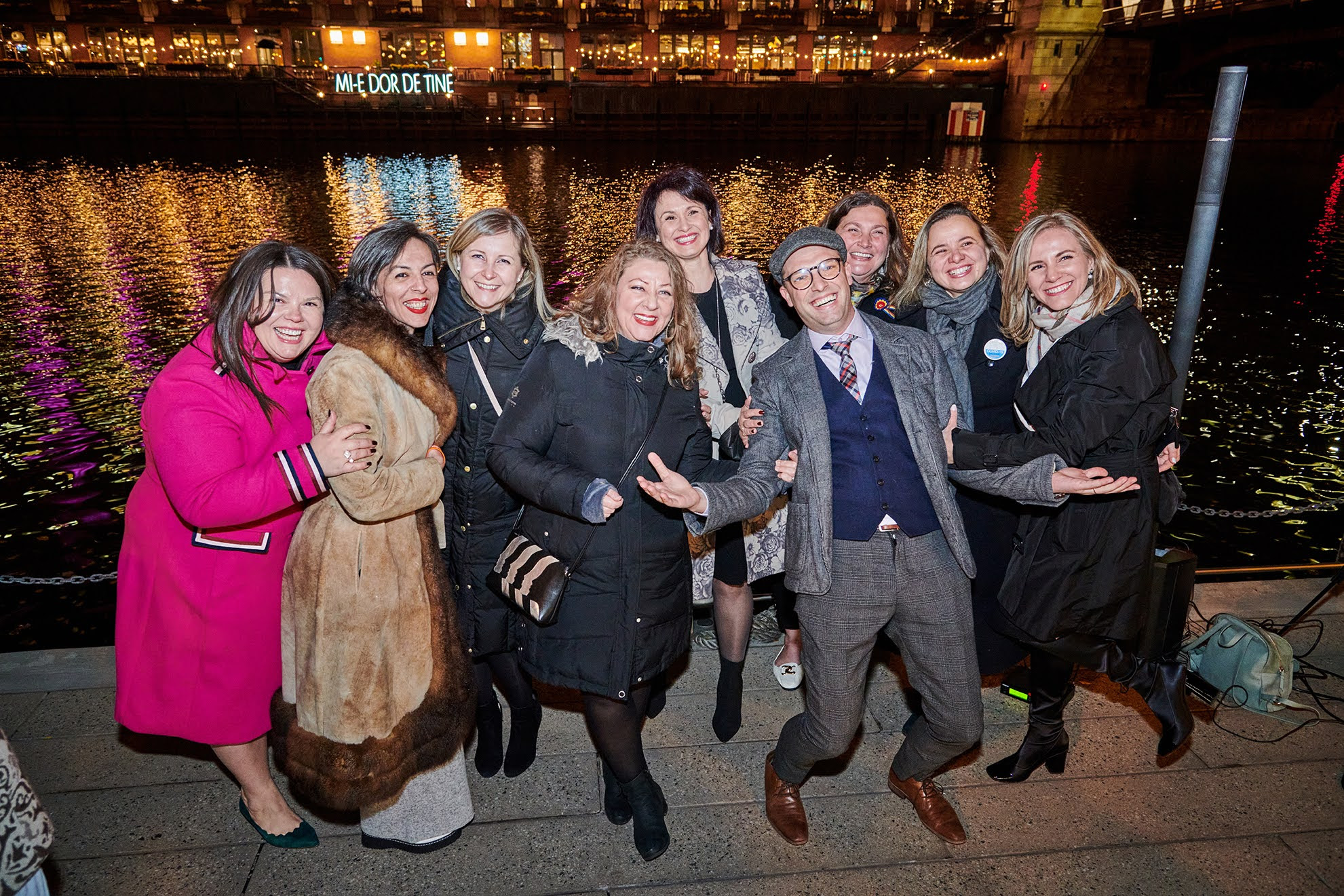 Emotions are hard to hide, and each one of us feels differently about longing (Dor).

One thing we can probably agree on is that “Mi-e Dor De Tine” ("I Miss You") triggered in all of us a strong feeling of need or desire for someone or something from back home.

The message on the riverside of Reid Murdoch building in Chicago represents the powerful connection between us all and generates emotions that resonate with everyone, reminding us of the things that really matter.

A dialogue of longing, started between Chicago and Cluj-Napoca ("Si Mie"), receives another answer. The "Te Astept" message in Bucharest is located in front of the CEC Palace, a true architectural gem with a history of more than 120 years.

Andrei Muraru, Romanian ambassador in the USA, and Tiberiu Trifan, Consul General of Romania in Chicago said “I’m In!” 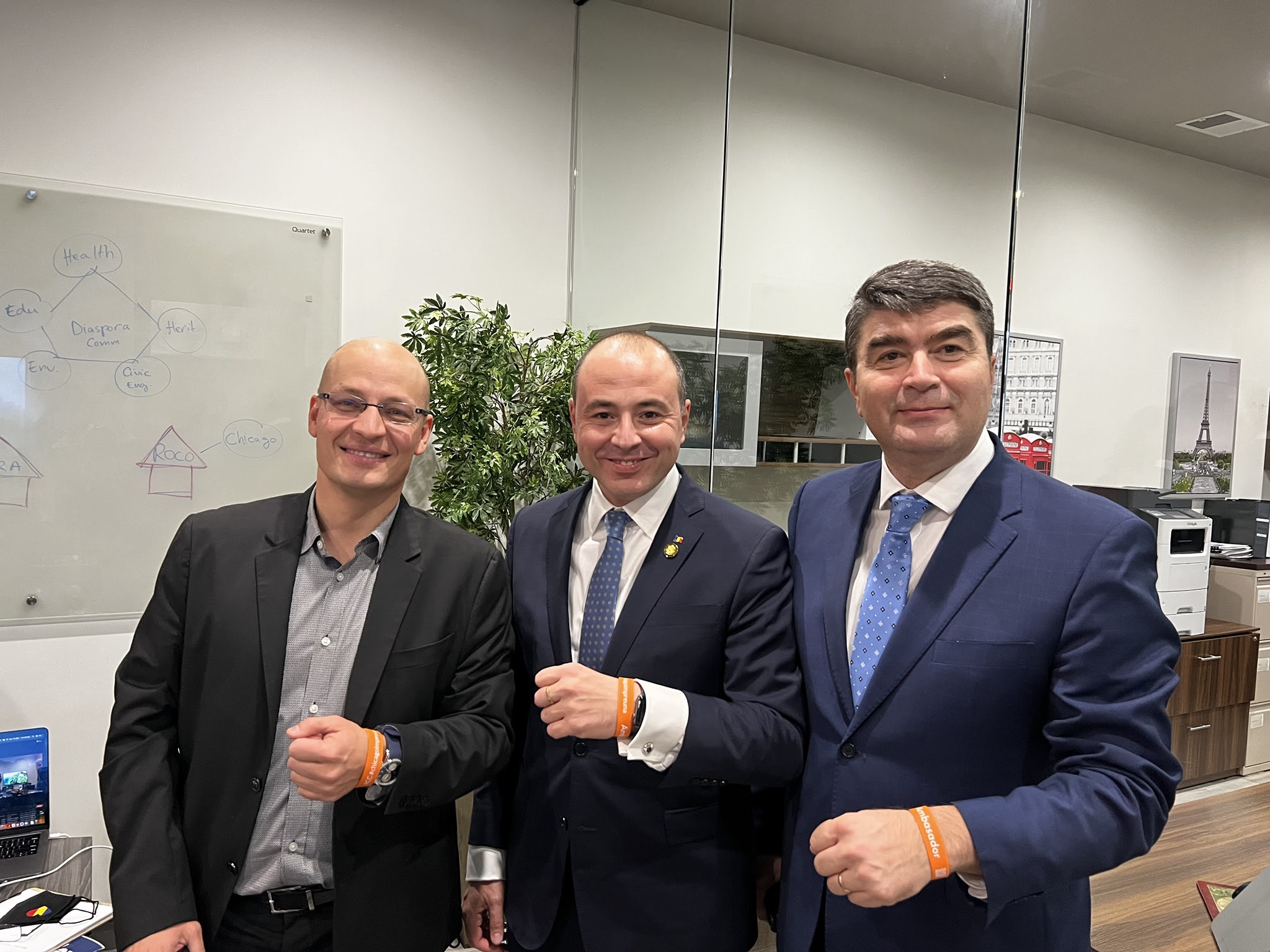 We had the pleasure to meet with H.E. Ambassador Andrei Muraru at Romanian United Fund's headquarters, where we presented our activity and future plans.

To our surprise and excitement, Mr. Muraru started by saying: "I saw what you are doing, and I would like to express my support. I'm IN!" Tiberiu Trifan, Consul General of Romania in Chicago also joined him in expressing his support.

Thank you both for showing us that Chicago Romanian Community needs matter to you. We look forward to your continued support and collaboration.

Win an iPad for Christmas 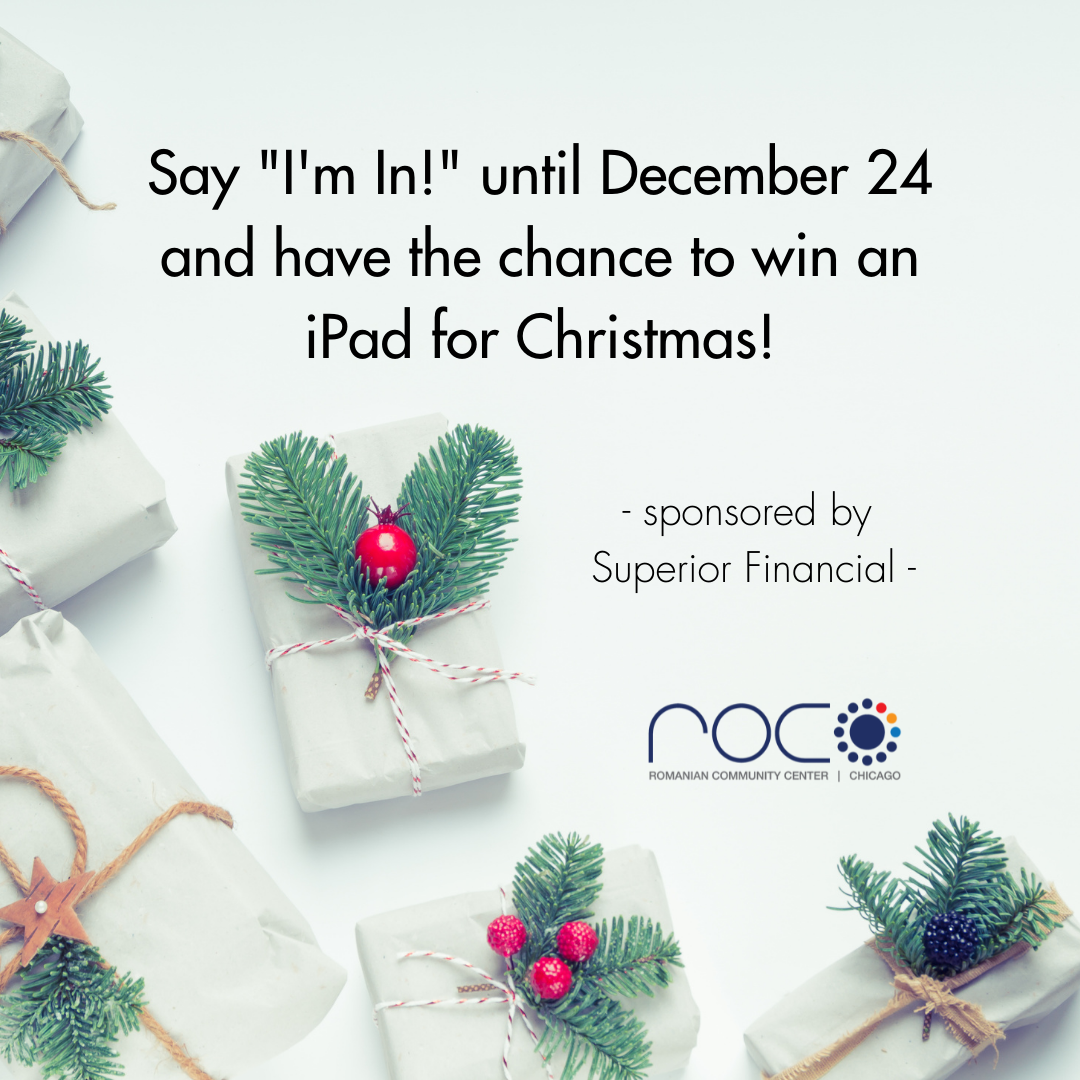 Join the ROCO excitement by December 24th for a chance to win an iPad!

Hundreds of families have signed up to support ROCO (the Romanian Community Center of Chicago) to date and we're moving forward with our plans to open in March.
ROCO in numbers: 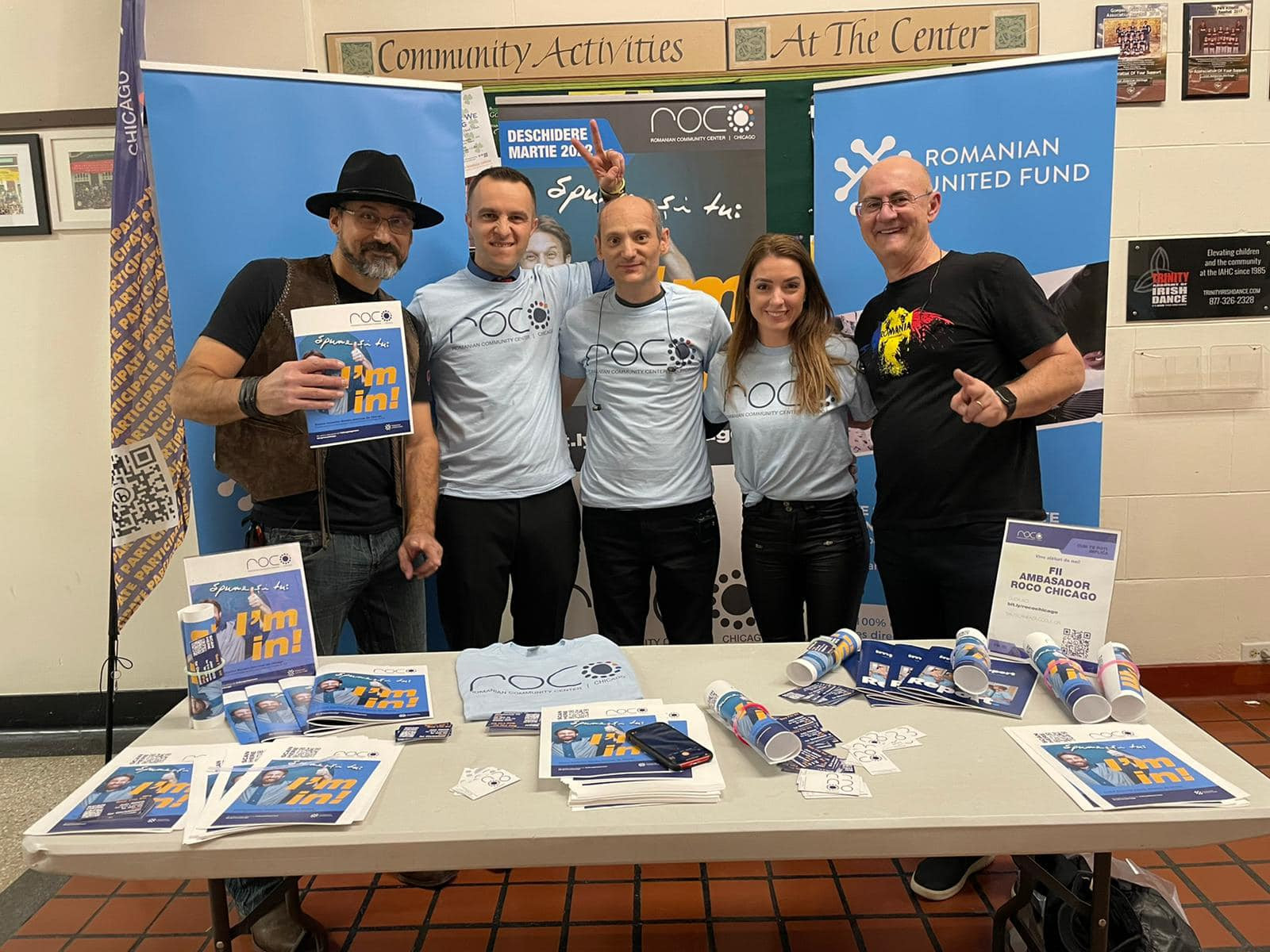 We want to officially congratulate Vox Maris again for their 10th anniversary and for continuing to be the amazing, supportive, and talented rockstars they are for the Romanian community and beyond. We celebrated this event in style and while supporting the Romanian Community Center (RoCo). Thank you for helping us strengthen our community further. You can find more information here and here. A few weeks ago, we celebrated in Washington DC, at Alianţa Gala, the top winners of the Romanian American National Heritage Award.

We honor them again here:

Congratulations to all of you and we are very proud of you! All awardees will receive a diploma signed by the Romanian Ambassador and the leaders of the three organizations involved, as well as cash awards.

The jury representing the three institutional organizers based their decision on the national and international impact of the volunteering activity described, the candidate's academic achievements and leadership potential and track record, as well as their future vision for the benefit of the Romanian community, locally and beyond.

Presented by the American Romanian Cultural Society, Alianta and RUF - Romanian United Fund, with the endorsement of the Ambasada României în Statele Unite ale Americii / Romanian Embassy to US.

Select RUF as your charity of choice on Amazon today.

If you use the Amazon app on your phone, you will have to turn on "Generating Donations" on every device you use (Settings > Amazon Smile > Turn ON Amazon Smile). When you purchase from your computer make sure you use smile.amazon.com (not simply amazon.com). Amazon doesn't make it easy on us :)